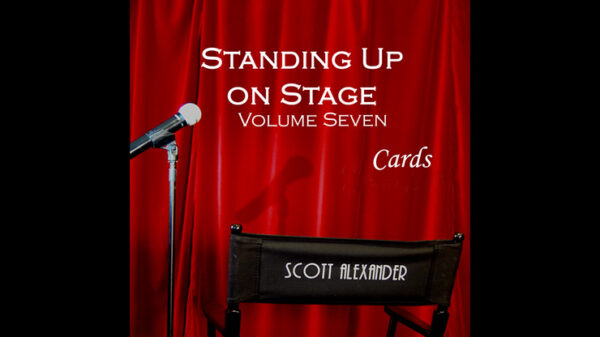 Standing Up On Stage Volume 7 CARDS by Scott Alexander - DVD $49.95 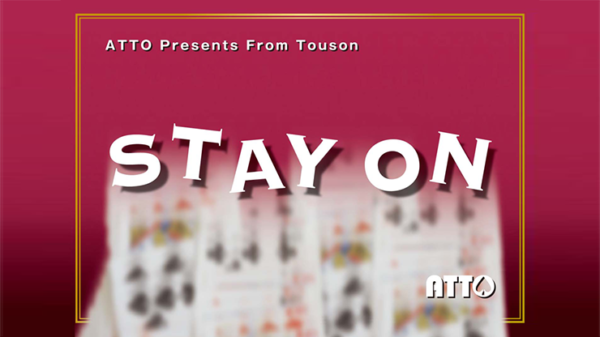 BONUS – links to video performances and other bonus material

Hundreds of photos and diagrams

“What makes STAND UP MAGIC stand out as a publishing coup is that the routines were not assembled merely to fill out the pages, these are routines that have been created for the sole purpose of actually performing them! Romhany has done his homework very thoroughly, and is very gracious in sharing thirty years of research about what to do and why it works These thirty routines have been the foundation of Paul’s professional career, and it is very rare that a performer is willing to share that kind of information.”
– Nick Lewin

For over thirty years Paul Romhany has performed magic as his full time job. It has taken him to over 120 countries and seen him perform on television, trade shows, cruise ships and the finest stages in the world. This book has THIRTY of his stand up and stage routines that have helped shape his career.

If you perform any kind of stand up magic, then you will find routines in here that are practical, strong and will wow any audience. This is a life-long collection of routines direct from Paul’s repertoire – including full scripts for many of the routines.

INCLUDED are the COMPLETE series of PRO-SERIES (if you were to purchase the entire series it would cost over $200 alone!) plus THE BRIEFCASE ILLUSION with a bonus download of the full plans to build this one-person illusion.

WINNING NUMBERS – A one-person prediction routine with raffle tickets and an amazing prediction found inside a balloon.

THE EGG, LEMON, ORANGE and CANARY – A classic of stage magic. Paul reveals the inner workings plus bonus routines by other performers.

SIGNED CARD ON BLUE STAKE – Wayne Rogers and Paul Romhany released this as Pro Series – a complete and new approach to Card on Sword using a stake rather than a sword.

BEARLY IMPOSSIBLE – Paul’s opening act on cruise ships for over 15 years. A gift box sits on stage and items are called out such as color, price and type of gift. The box is opened to find the exact item, color, price, etc. matches what was inside. Includes double and solo version.

BILL TO CAN – This idea was kept a secret for many years as Paul performed this on the television show, “New Zealand’s Greatest Magicians,” and used it in his trade-show act for many years. A very different handling and FULLY scripted routine for Bill to Can.

COLOR CHANGE HANKY – A classic of magic given a novel twist. For those who know about the half-dyed hank ending, this version does away with any extra dye tubes. PLUS CSI Handling and routine plus three other stand-up scripts, including a comedy club version.

HEADLINE PREDICTION – A stand-up mentalism routine by Paul Romhany and Cris Johnson. An envelope is mailed to a client and they open it on stage, showing that it matches a chosen headline in a newspaper chosen by the spectator.

THE TUBE PREDICTION is a bonus routine that combines a prediction that is found inside a sealed tube. A novel way to look at using ‘an appearing pole.’

SWITCHBOARD CLIPBOARD – Wayne Rogers created one of the most practical versions of a card rise and it was released as part of The Pro Series. It is included in this book with full drawings and workings of the routine. Wayne used this in all his trade shows and stand up performances.

MULTIPLYING BOTTLES – Step-by-step photos and FULL scripted routine of Paul’s routine that has been used by magicians around the world, including one of America’s Got Talent. BONUS video performance shows Paul going through his routine. Bonus ideas include various tables plus gimmick table that will allow more bottles – designed by Mark Parker.

WATCHDOG – A Pro-Series book now out of print. This is a fantastic stand-up routine by John Taylor, where a stolen watch ends up inside a balloon animal.

THE NO FORCE LOTTERY PREDICTION – A very direct lottery number prediction routine. You write numbers on a board, then have spectators call out any numbers from a lottery – you instantly reveal your prediction matches what was called out.

THE DREAM ROUTINE – A full casino style based routine using a well known principle but hidden in the scripting and handling of the routine.

356 on 1 – You predict a birth date and name from somebody in the audience – all is revealed in a sealed envelope.

PHONEY PAD – A clever way to hide your cell phone inside a pad of paper – first published in VANISH MAGIC MAGAZINE.

THE BRIEFCASE ILLUSION – The illusion that fooled the FISM judges over 20 years ago. This is Paul’s solo illusion created by Wayne Rogers and has taken him around the world. Bonus to download plans.

DUCK CALL GAG – One of the funniest gags created to open any type of show.

CLEAN SWEEP – Paul’s routine performed on television and cruise ships for many years. A comedy mentalism style routine with a kicker finish of the production of a broom.

PIN NUMBER – The production and revelation of a bowling pin.

BREAKING THE CODE – The combination of a book test routine with a Word Lock. Included are the stand-up routine plus walk-about version.

CHAIR TEST – Pack small play BIG – this is Paul’s handling of his chair test that he has performed in every corporate show for over 20 years. The most direct chair test created.

THE LAST ONE STANDING – Neale Scryer contributed this routine to VANISH MAGIC MAGAZINE and has been Paul’s favorite stand up no-prop routine since.

The IDRIS CARD – Released as a solo effect with Reg Donnelly, this routine is a novel stand up card production.

ADVENTURES ASHORE – A novel book test using travel as the premise where you are able to combine predictions, drawing duplication and more.