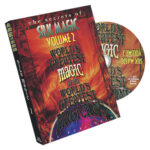 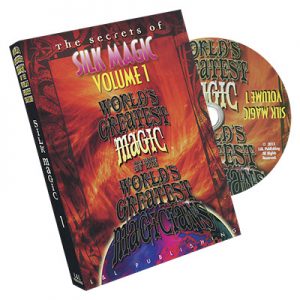 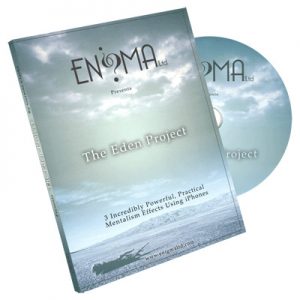 Handkerchiefs have been a part of the magician’s arsenal at least since the 1500s but it wasn’t until the mid-1800s that handkerchiefs made of silk made their appearance as magical apparatus. The first recorded use of silk handkerchiefs in the literature of magic was by none other than Robert-Houdin for a vanishing handkerchief routine (which also coincided with his invention of the first pull.) The first full routine using silks was performed by de Kolta and written up in Professor Hoffman’s Later Magic in 1903. At that point, tricks and routines using silks became a very common part of conjurors’ acts.

On this DVD, you’ll see a variety of clever and magical ways to use silk handkerchiefs. Henry Evans begins with the very visual penetration of a silk handkerchief into a transparent bag that was securely tied around his wrist while Jeff Sheridan likewise performs an equally visual penetration as one silk is visibly is pulled through another. Karrell Fox shows off an eye-popping – but very easy – cut and restored silk while Petrick and Mia have some touches on the classic Coin Through Silk effect. Steve Dacri offers an extremely practical and commercial version of the Silk to Egg while Dai Vernon explains the history of the classic Color Changing Silk and then offers timeless wisdom and advice as only the Professor can. Paul Potassy performs and teaches his legendary version of the Sympathetic Silks while Henry Evans returns with an astounding vanish and reappearance of a silk from a clear drinking glass. Finally, Bob Read performs and teaches an absolutely ungimmicked anytime, anywhere miracle – that of pulling a silk straight through the handle of a mug.

Silk magic is enchanting, beautiful and, as proven by the performers on this DVD, extremely versatile. Learn any of these effects and you’ll have a classic piece of magic in your repertoire that will amaze and delight any audience.