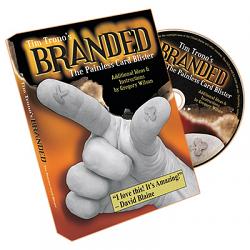 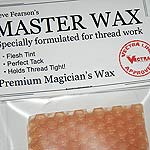 Spin a Web, Anytime. Catch Applause, Gasps and Sighs with…
Amazing JoeJoe’s Web SpinnerThe All-In-One Thread DevicePresented by Steve Fearson
If you’ve been waiting for the gimmick that would take the fear out of invisible thread work and get you floating stuff NOW… look no further than Amazing JoeJoe’s Web Spinner!
Pop the Web Spinner in your pocket and you’re ready to levitate, animate and suspend objects at a moment’s notice.
The Web Spinner is the original All-In-One thread device!
STORE IT! Your invisible thread is protected and stored in an unwound state. No wrapping and unwrapping every time you need a new piece.
STRIP IT! The Web Spinner turns the most tedious part of invisible thread work into something downright simple. It almost strips the thread for you. You have to see it to believe it!
SPOOL IT! Functioning as a spooler, the Web Spinner can release a predetermined length of thread before stopping and automatically locking it in place.
WAIT! We almost forgot… it handles your wax too!
And it does all of this with no motors, no batteries and no elastic bands!

Since the Web Spinner can release invisible thread and then hold it under no tension while you perform it’s perfect for routines like Kevin James Floating Rose, John Kennedy’s Floating Bill and many other classic thread effects. In fact, that’s exactly what it was made for!
Some effects, like the Floating Rose require you to break the thread at the end. This means you need to reset with a new thread every time. That’s where the Web Spinner shines because again, that’s exactly what it was made for. What used to take minutes now takes SECONDS and you’re ready to perform again!

You can get dozens of threads out of the Web Spinner before you actually have to refill it and even that can be done in less than 60 seconds. Thanks to a design modification from Steve Fearson, you can replace the thread as easily and quickly as tying your shoelaces.
The Spinner is compatible with the most popular invisible threads including the John Haar EZ-Strip thread and the amazing Vectra Line Super Strong Invisible Thread. It makes handling and stripping both these threads a breeze. Because it was designed for it!

The Web Spinner is a magical tool designed by a real worker over a lifetime of performances. It’s not an optional accessory. It is a MUST HAVE device for any magician, in the league of the thumb tip. It’s simply how thread work should be done.
BONUS! Another mind-blowing modification from Steve Fearson that turns your Web Spinner into a reel! Cause dollar bills to fly to your hand and more. Pull out the thread and it will retract smoothly and efficiently, like any other reel.

“This is Awesome!”-Jeff McBride
“The best designs are simple to the point of being elegant. JoeJoe’s Web Spinner is a simply elegant work of art. It truly is a thread-worker’s dream come true!”– Steve Fearson