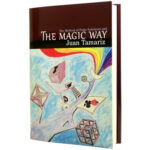 The Magic Way by Juan Tamariz and Hermetic Press – Book
$50.00 Add to basket 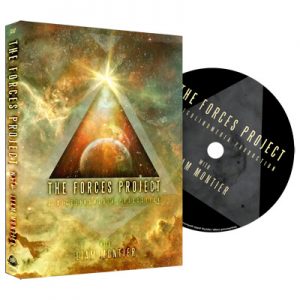 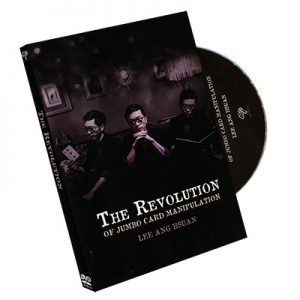 The Magic Way by Juan Tamariz and Hermetic Press – Book

In The Magic Way, Juan Tamariz teaches you not just great tricks, but a way to make every trick you do better and more magical.

From the moment it appeared in 1987, The Magic Way was recognized as one of the world’s great books on magic. It has been long out of print and highly sought after. This new edition of The Magic Way brings to magicians everywhere the magic and remarkable thinking of one of our greatest living magicians. Over a period of five years, Juan Tamariz has corrected, revised and updated his classic text. This newly translated edition of that revised work might have been called The Magic Way Repaved.

The Magic Way is an in-depth study of how any magic effect may be improved until its method becomes so impervious to discovery that audiences simply relax happily into the experience of the impossible. Tamariz’s “Theory of False Solutions and The Magic Way” is explained more clearly and fully than ever before, with detailed examples. These examples are not just exercises constructed to illustrate a point. Tricks and full routines taken from Juan Tamariz’s working repertoire are explained in depth, and then meticulously analyzed to show how his theory is applied. You will gain new performance pieces, polished by a master, and something even better: a new tool that will allow you to make every trick you do more amazing. That is why The Magic Way has earned its reputation as a book no serious magical performer should be without.

In The Magic Way, Juan Tamariz teaches in full some of his most prized tricks and routines. Among them are…

All these effects pull audible gasps from the public and magicians, and they have been perfected through hundreds, if not thousands of performances. And while teaching them, Tamariz carefully shows how his “Theory of False Solutions” works. It is really much more than a theory. It is a well-considered plan for making any magic effect more baffling, and its secret more impossible to discover. For those who desire to get maximum entertainment and astonishment from their magic, studying The Magic Way may be the most valuable resource you will ever find. It is also a highly remarkable exploration of how one of the world’s unquestioned masters of magic thinks and approaches every trick he does. The title really reflects the contents perfectly. This book is…