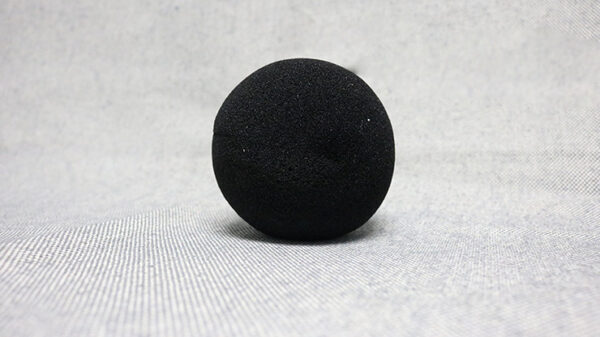 THE BELL Ultra by TCC

There are some who will believe in Magic because they see it happen with their own eyes.

Others would think that magic is fake because there is more than what meets the eye, but it is something one could achieve through sleight of hand or other secret methods. In other words, what you see with your eyes may not be true.

Since your eyes may deceive you. What about your ears?

Fact is, for most magic effects, the effect is focused on the visual element, and the audience experiences the magic through their visual senses.

What if you could add another element, the element of sound?

Countless scientific experiments have shown that the sound of a bell chime is one of the most penetrating of sounds. Combined with rhythmic movements, it can directly pierce through to the depths of people’s hearts through their sense of hearing.

A bell is actually a very suitable prop or accessory to any Magic performance. Many magicians have added a bell to their performances to further enhance their acts.

You heard that right. This is a new and improved version of the Bell.

We collaborated with Lei Feibing and Zhengyu to bring a new version of The Bell. Not only do Fei Bing and Zhengyu have full confidence in the product, but we also think that it is absolutely worthy of the name – The Bell Ultra.

“Details make perfection, and perfection is not a detail.”
– Da Vinci

In appearance, it is indeed no different from The Bell. You can barely tell the difference, however, the following details make it worthy of the “ultimate” title.

The interior wall of the bell is now completely smooth.

Looking directly at the interior of the bell, you can no longer see the unnatural magnet, but a perfectly smooth curved surface. There is no fear even if a discerning audience member picks up the bell and examines it carefully.

The clapper/hammer is now enclosed on three sides.

The design of the clapper/hammer is more elegant. The magnet is now wrapped on three sides, which greatly reduces the possibility of the magnet getting dislodged. It is more secure.

At the end of the promotional trailer, the magician hands the Bell and the clapper/hammer to the audience member. You must be asking: Isn’t this the equivalent of revealing the secret? No. There is an Easter egg feature that will definitely surprise you!

With regards to this feature, we want to retain some sense of mystery. Simply put, the clapper/ hammer cannot be attached by just sticking it on. This is possible by the wonderful construction and craftsmanship. Not only will it fool a magician, but it can also be used to deal with hecklers in some extreme situations.