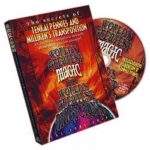 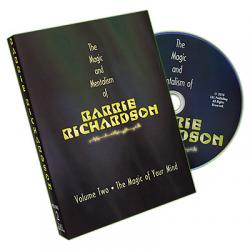 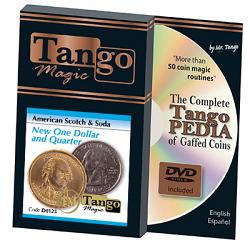 Imagine owning the most comprehensive magic book ever written. This would surely be a treasured possession for any magician with each chapter focusing on a single aspect of the craft and the very best…

Imagine owning the most comprehensive magic book ever written. This would surely be a treasured possession for any magician with each chapter focusing on a single aspect of the craft and the very best routines ever created for it. That’s the idea behind L&L Publishing’s critically-acclaimed DVD series, The World’s Greatest Magic by the World’s Greatest Magicians. Each volume is like another chapter in the world’s best magic book. Featuring in-depth exposition and instruction on some of magic’s most cherished and classic effects by its most-talented practitioners, this unprecedented series represents an essential reference work for anyone interested in the magical arts, regardless of their skill level.

Of the many varied plots in coin magic, the ones that seem to most intrigue creators and performers the most involve coins that travel invisibly from one hand to the other. In some tricks, the coins gather and in others they completely transpose, but the basic effect involves coins traveling invisibly through the air. Two of the most popular variations of the plot are the fabled Tenkai Pennies, the creation of Japanese magician Ishida Tenkai, and Millken’s Transposition, named after its inventor, Harry Milliken.

On this DVD, you’ll find four wonderful magicians who have each put their singular stamp on these two great tricks. Daryl is up first with a basic, yet classic, interpretation of the Tenkai Pennies while Steve Draun offers up his own version using half-dollars rather than the traditional smaller coins. Ross Bertram is next with a classic, to-the-letter performance of the Tenkai Pennies, right down to the costuming, while David Roth follows with a half-dollar version that also features some handling simplifications for those new to coin manipulation. Next, David demonstrates and teaches Milliken’s Transposition, a two-phase effect where two pairs of dissimilar coins completely transpose between the performer’s hands. Finally, Daryl brings his own spin to the Milliken’s Transposition plot.

As a magician, you’ll be asked constantly to “do something,” and mastering either the Tenkai Pennies or Millken’s Transposition (or both!) offers an opportunity for you to always be ready to perform an impromptu miracle.