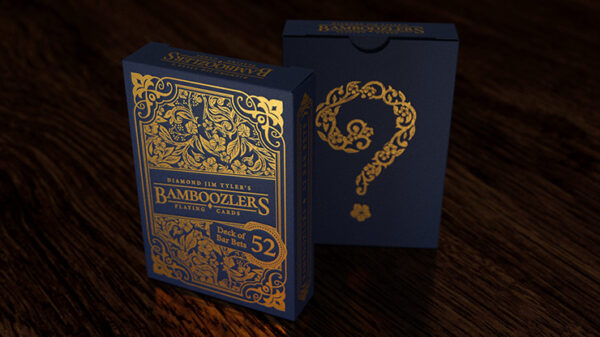 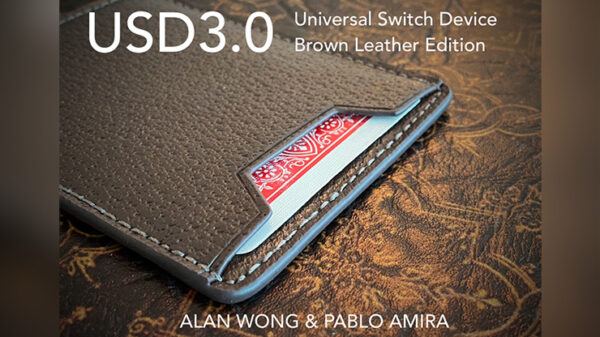 With Six Routines by Wayne Dobson

The Himber Wallet is undoubtedly the King of the Switch Wallets. Its underlying principle works so convincingly and simply. That it is still a staple in so many performers’ arsenals is testament to its originator, who still lends his name to his creation: Richard Himber.

Now comes this model with the HUGE benefit of locking in place magnetically – allowing a more clean, effective, trouble-free handling than is possible with traditional Himber Wallets. So effective is the magnetic locking that you can leave the SUPER MAGNETIC HIMBER WALLET in the spectator’s hands!

“Alan’s is not the first magnetic locking Himber Wallet – but it in my opinion it’s the very best model to hit the market. I was so taken with Alan’s creation I have put together SIX of my favourite routines that exploit this fine utility apparatus.”
– Wayne Dobson

You receive a professional locking himber wallet made in top grade genuine black leather, with SIX embedded super strong magnets to secure the maximum locking device. Plus SIX original professional routines by Wayne Dobson that he used throughout his career:

Your name and 100% matching written predictions on a money bet involving an invisible DIE, DECK OF CARDS, and BOWL OF FRUIT!

Show how a straight 50/50 bet can be built into a strong theatrical piece with a twist at the very end when they think they’ve won, but you show you actually walked away with the prize.

Spectator names any card, then show a misprinted deck of all backs, with a wave the whole deck is printed and the spectator’s named card is now in the wallet.

Learn from the master with the best quality prop!