Sleightly Out Of Order by Patrick Redford – Book
$70.00 Add to basket 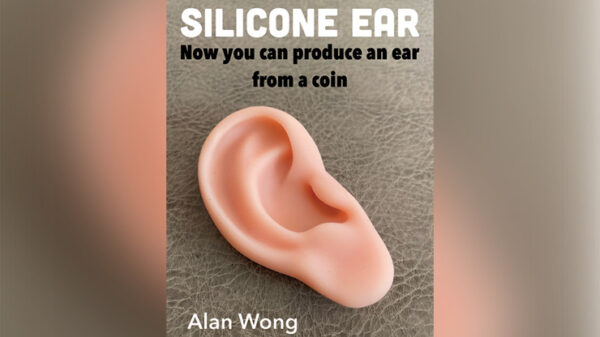 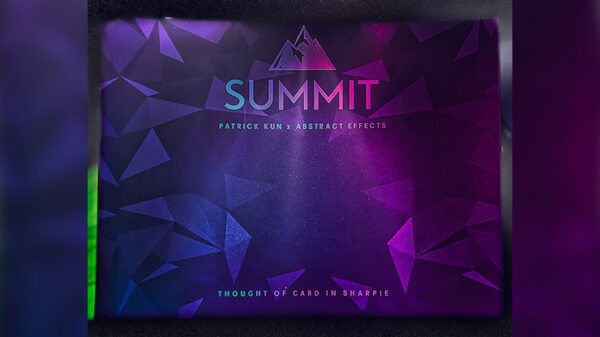 Sleightly Out Of Order by Patrick Redford – Book

The long anticipated book Sleightly Out of Order is now available for pre-order! This pre-order special is limited through January 10th, 2021. After that, the price goes up to the full retail. *While this is the second book in our “Out of Order” series, you won’t need to have read the first to benefit from this one.

Inside “Sleightly Out of Order” (a much anticipated second volume of the “Out of Order” series), you’ll discover card plots, both classic and new. The magic routines range from spellers to triumphs. Tricks that tell stories to mentalism that messes with the audience’s minds. You’ll discover gambling demonstrations and even worthwhile approaches to the Sellers Diary effect. You’ll also find creative versions of the Tommy Wonder Elizabeth series along side interesting applications of principles both Gilbreath and Kruskal. The routines in this volume explore the iconic Si-Stebbins system (which the Redford stack effortlessly transforms into with a quick overhand shuffle sequence), memorized deck orders, the Power/Parallel Stack, Heinlein Hold’em Stack, and more! All arrangements that this book explores are quickly accessible when using from the Redford stack! You’ll also read a mix of routines that may be performed with any memorized stack order along side card miracles that wont require any sort of learned memorization. Of course, no Redford stack book would be complete without unlocking more of the built in features specific to the Redford Stack! Whether you’re a seasoned stack worker or your first adventure exploring the wonderful world of a stack deck, this book is a must have.

Bonus: When you take advantage of the pre-order, you’ll also get immediate access to the Sleightly Out Of Order Sampler pdf! You can get started on four of the routines right away (this was previously made available as a separate purchase).

Here’s what some of the “pros” have to say:

“As you will soon see, Patrick has investigated many nooks and crannies in his pursuit of interesting material… With so much to choose from, it would be difficult to name my favorite, but at the moment I’d single out “Duncical ACAAN,” a whimsical (and surprisingly sensible) version of that popular plot, the latest development of an approach that Patrick has been working on since 2003. He has published earlier solutions; I like this more.”
– Max Maven

“This book is absolutely excellent. I’ve always felt that the memorized deck can be made so much stronger when combined with sleight of hand. This book contains not only routines with the Redford stack but also effects that you can use with ANY memorized deck. Definitely check out Sleightly Out of Order!”
– Harapan Ong

“In my opinion, Patrick Redford is one of the most unappreciated creators and thinkers in magic today. Sleightly Out of Order goes deep into the topic of memorized deck routines. …I highly Recommend it!”
– Karl Hein

“I’m a student of memorized deck magic, and Patrick Redford continues to surprise and impress with his latest volume of magic, Sleightly Out of Order. In particular, the half-stack work was extremely interesting. He has truly explored every ounce of the stack and teaches it with care and detail.”
– Joshua Jay

“A continuation and further exploration of the Redford stack. It also contains several routines that are stack independent. There’s memory demonstrations, spelling tricks, an any card at any number that’s really good. There’s even a section using the Level One gimmick (From Vanishing Inc). There’s a really broad variety of stuff with great, clever thinking and I highly recommend it to you!”
– Matt Baker

Patrick Redford is a very smart man and this hands off ACANN in Sleightly Out of Order makes me think even more highly of him, if that was even possible.”
– Jon Armstrong

“When I’m trying to solve a magic problem, I call Patrick Redford and he either solves that problem or points me to a great book that solved the problem a long time ago. Sleightly Out of Order is no exception. The tricks built into the Redford stack it are super dope. The construction is really really smart and you’d definitely benefit to learn them.”
– Ben Seidman

“You don’t want to miss this one!”
– Paul Vigil

“There’s a reason Patrick’s one of my go to people when I’m developing new effects and routines for my show. He’s so knowledgeable in all things magic and mentalism and that’s definitely apparent in his latest book, Sleightly Out of Order. In it he dives deeper into the Redford stack which he developed and introduced in his last book, Temporarily Out of Order but you can use any stack that you’re comfortable with. He leaves no stone unturned in his explanations because dives deep not into how to do the effect but also why. Patrick is also the king of crediting so you get a little glimpse into his thought process in how he develops these amazing ideas. Some of my favorites include ‘Your Luck is in the Cards’ which takes a probability principle and makes it surefire; the ‘Perpetual Birthday Card’ that modernizes a standard plot by using technology so it’s applicable to any performing situation in today’s times; and also ‘Never Going to Give You Up’ which is not a ‘Rick Roll’ but an amazing truth teller/liar presentation that allows you to tell how many cards a participant cuts to, what card they’re thinking of, as well as many other cards they’re gazing their vision across to think of. It’s really incredible. This book definitely deserves a place on your bookshelf and I hope you check it out.”
– Eric Dittelman

“If you don’t have the first book Temporarily Out of Order check it out… you’re going to want the second book too. Be sure to do that and you will thank me later!”
– Mark Strivings

“I remember The Professor stating, ‘Many magicians stop thinking too early.’ I know Dai was not referring to Patrick Redford who I consider one of the best creative and genius thinkers in magic today. ‘If you are a serious minded magician, Patrick Redford’s material is a must to have.”
– Howard Hamburg

When I first started to use a memorized deck I first choose Juan Tamariz’ Mnemonica. I bought Redford’s first book, Temporarily Out of Order with no intention of changing the stack I had already memorized. Once I got deep into Redford’s stack I found that it had more possibilities for me than Mnemonica did. Of course, I could get it into both a new deck order and a shuffled deck in use. I could also get into Si-Stebbins, Memorized Stay Stack, or virtually any stack I wanted. If I wanted a red black stack all I need to is shift three cards. The Redford stack is also packed with Poker deals. Among the many powerful routines in this newest work, I’m enamored with the Texas Hold’em deal that allows me to deal any hand called for. If you’re starting into memorized deck work, I would definitely urge you to check out The Redford Stack before making your final decision on which stack to learn.”
– Jim Turnpaugh

“Patrick is one of my favorite magicians of all time. It’s so, so good with so many great ideas. Stop right now and go buy it!”
– Bernardo Sedlacek

Is the first volume required reading?
Absolutely not! You can jump into the Redford Stack with no previous knowledge from the first book.

I don’t use the Redford Stack. Will I find material I can use?
Yes! While using the Redford stack enhances all of the routines inside Sleightly Out of Order, only 10% of the book require it! Whether you use Mnemonica, Aronson, or another memorized stack, you’ll find value here.

Does the book have an online video library like the first book?
Yes!