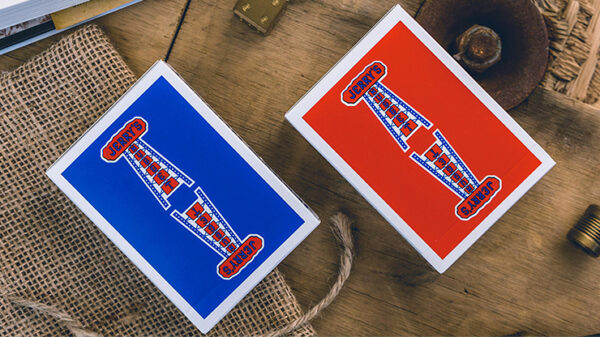 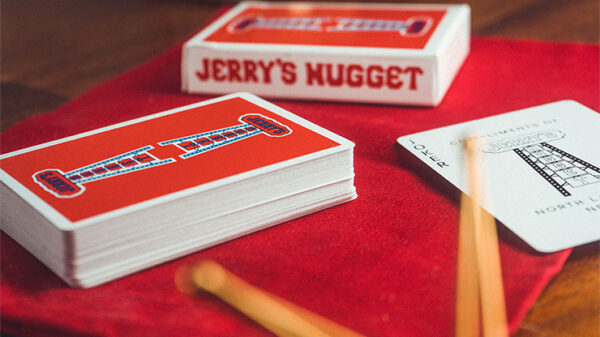 Worldwide Distribution is expected NOVEMBER 2019; AFTER Kickstarter orders are fulfilled.
The images shown are prototypes only. Final production may have some variations.
Modern Feel 1st editions will have limited production.

The most iconic deck of cards ever to be created. Now Jerry’s Nuggets Playing Cards are your EVERYDAY cards!

In 1970, Jerry’s Nugget Casino printed what would become one of the most collectible playing card decks ever manufactured by the United States Playing Card Company (USPCC). They made them for the tables but opted not to use them and put them in storage for 20 years! Playing card expert, Lee Asher, recognized the unique quality and feel of these cards and began evangelizing about them. In due course, Jerry’s Nugget playing cards became legendary.

By the fall of 1999, these cards sold out, yet the demand continued to grow. Today, authentic Jerry’s Nugget cards are among the most desirable and expensive modern decks on the market. After more than three years of pursuit and negotiation, a deal with Jerry’s Nugget Casino and Expert Playing Card Company is making them available again!

In homage to the original decks, we have decided to print with USPCC on their Premium stock (formally called Bee stock). We are THIN CRUSHING this stock to the thickness of an original Jerry’s card. And while these new decks won’t feel the same as the originals, we’ve modernized them for today’s tastes. They will be the perfect thickness (or thinness, in this case!) to handle today’s sleights, flourishes and cardistry with ease. You will love these cards!

The Modern Feel Jerry’s decks will be TRADITIONALLY CUT, which makes them perfect for faro work! They will shuffle bottom up so table faros will be a breeze.

Unlike almost all other custom decks that are printed one sheet (one deck) at a time, these Modern Feel Jerry’s Nugget decks will print on the biggest and fastest press in the USPCC factory – THE WEB PRESS!

The Web press prints on huge rolls of paper and works extremely quickly, printing both sides, crushing the stock, coating both sides, heat curing the cards and cutting out the sheets in about one tenth of a second per deck! This unique printing process is the best available way to make cards at USPCC.

Once you feel these cards, you will see that the quality speaks for itself.