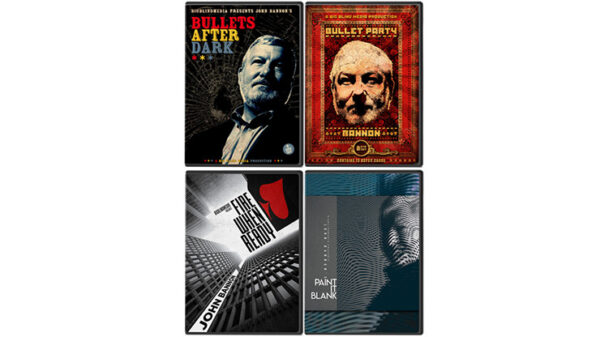 Three borrowed coins are locked in transparent plastic holders, dropped into three ungimmicked envelopes and mixed by the spectator. You can’t see the coins. You can’t feel the coins. But you instantly know what they are!

Larry Becker’s ‘Kliptomanic’ is a mental classic, but the method meant that only certain coins could be used, and all three had to be the same, with the spectators taking note of the dates (which are notoriously hard to see on small coins). Whilst playing around with the idea of using three totally different coins, Liam hit upon the perfect solution, together with a whole new method!

Now, three different (and totally regular) coins are sealed into three transparent coin cases, (so that the magician can’t feel the size or shape of the coins) and then dropped into three genuine (and unmarked) envelopes, which are sealed and mixed entirely by the spectator, and left face down in a pile.

Immediately, the magician picks up each envelope and instantly scribbles a number on it – the value of the coin he believes to be inside the envelope.

Note that there is NO hesitation. Each envelope is picked and INSTANTLY written on.

Then, with clean and bare hands, each envelope is ripped open to reveal that the magician knew exactly where each coin ended up!

Brought to you by Bigblindmedia