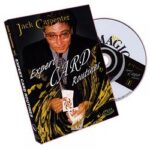 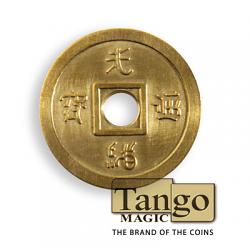 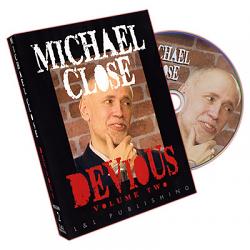 Jack Carpenter is one of card magic’s best kept secrets. This DVD features some of his most visually stunning and commercial card routines. The plots and methods are innovative and well constructed. H…

Jack Carpenter is one of card magic’s best kept secrets. This DVD features some of his most visually stunning and commercial card routines. The plots and methods are innovative and well constructed. His magic also has a dramatic effect on audiences.

An Impulsive Premonition: A thought of card is seen to be the only red backed card in a blue backed deck. It then visually and startlingly changes places with a blue backed card. A Dance For The Devious: Four Queens vanish one at a time and are then reproduced in a flash display.

O’Henry’s Return: An amazing progressive four Queen assembly with multiple kicker endings. First the Queens end up under the spectator’s hand instead of the expected leader packet and instantaneously vanish and appear back where they started with one Queen in each packet.

Quantum Theory (Mysterious): A truly amazing routine were a spectator is handed a Quantum Card that is held in full view. A second spectator selects and signs a card that is lost in the deck. The four queens now come into play. The two black queens are placed around the Quantum Card and magically change places with the red Queens while in the spectator’s hand. But now the Quantum Card is seen to be the signed selection.

A Potent Presage: Three random cards are removed from a shuffled deck. The cards are lost face up into the deck by a second spectator. The deck is split where the cards were inserted and the cards next to them turn out to be their mates. The card case is now shown to contain a card – amazingly the card now matches the top cards of the three packets.

Pocket Interchange: Four Aces are signed and four Kings are placed in your pocket. One at a time the Aces change places with the Kings. Just when you think it is over the Kings now change into the Aces and the Kings are now found in different pockets.

These are advanced card routines that use advanced sleight-of-hand. Each routine explanation is a mini course in advanced techniques and construction.