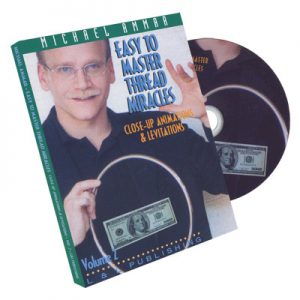 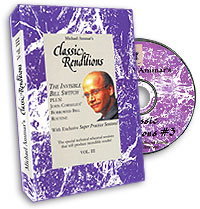 The first three volumes took the magic world by storm. Consistently classic effects, broadcast quality filming and editing, free bonus effects which include the props and teaching that is clear, concise and effective made Michael Ammar’s Easy to Master Card Miracles the best-selling series ever in magic-and now they’re available on DVD!

Each video contains ten classic effects, live performances before an audience, multiple camera explanations, and a free bonus effect with each video that includes the special props necessary!