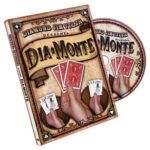 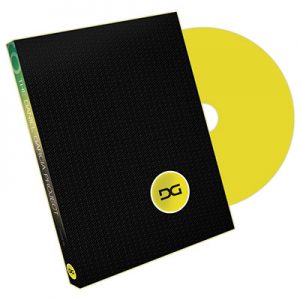 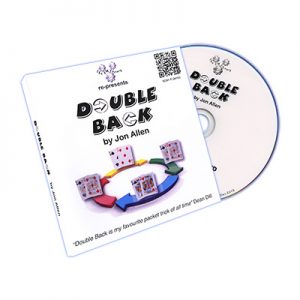 Traditional three card monte routines are confusing. Half of the time your audience gets mixed up as to which card is which. And remember what the Professor Dai Vernon once said, “Confusion is not magic!”

Effect: The magician fans three cards face-up to show one red Queen sandwiched between two Jokers. Without mixing them the cards are turned face-down and a spectator is asked to locate the Queen. Each time the spectator chooses a card- it is shown to be a Joker. For the finale the Queen visibly changes into a Joker- making all of the cards Jokers. Then to everyone’s surprise the cards are handed out for inspection or as a souvenir!

The sleight of hand employed is minimal and you will likely be performing this in minutes after watching the DVD. While any brand of card can be used, I’ve included some poker Bicycle cards to get you started.

“This has been my favorite three card monte routine for twenty years because it looks so fair, seems move-less, packs a big punch and ends clean. I also think that it will fast become your favorite version of the monte!”
– Diamond Jim Tyler