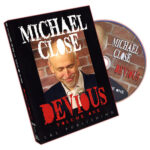 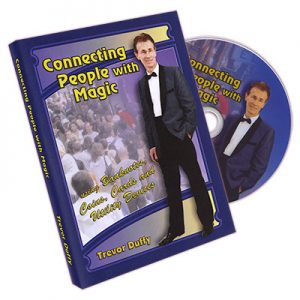 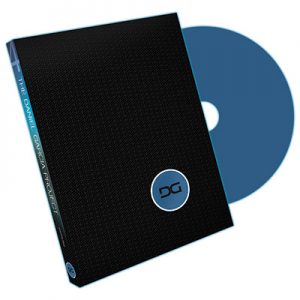 It has been a dozen years since Michael Close has released any material on DVD. His last collection – The Ultimate Workers – was lauded for both its quality of material and its thoroughness of instruction. These were the routines that defined the word “worker.”

Well, Michael is back, and his goal remains the same: to entertain and profoundly fool everyone he performs for, whether they are laymen or magicians. You’ll laugh, you’ll be amazed, and when you find out how these routines work you’ll say, “Man, that guy is devious.”

For the past decade, Michael has been living and working in Las Vegas, a town where a deck of cards is a commonplace object. On this two-disc DVD set, Michael focuses on card magic, with routines suitable for formal settings, strolling, casual performances, and those special times when you want to crush the brains of your magic buddies. As before, Michael’s explanations take you far beyond the “how” of each trick into discussions of the “why” of each routine. A large amount of supplemental information is also imparted.

So, sit back, relax, and get ready to have a great time. Getting fooled was never so much fun.

Set 1 (From the Houdini Lounge)

The Trick Lance Burton Showed Me – A great version of the six-card repeat that demonstrates what happens when you never stop thinking about a trick.

The Luckiest Cards in Las Vegas – One of Michael’s favorite routines, and one of the most baffling. This is a true reputation maker.

The Dumbest Casino in the World – A logical and deceptive version of The Chicago Opener, with a presentation and method that you’ve never seen before.

The Shuffles Routine – One of the workhorses of Michael’s repertoire, and a routine he has used for more than forty years. Full of laughs and subtle touches.

Set 3 (With a Little Extra Work)

Now That’s a Coincidence – An impossible coincidence that gives you a tactical advantage in a very sneaky way.

The Trick that Fooled Houdini…and His Whole Damn Family – Michael has taken in magicians around the world with this little gem. The secret will make you laugh out loud.