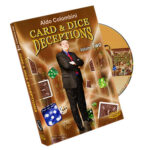 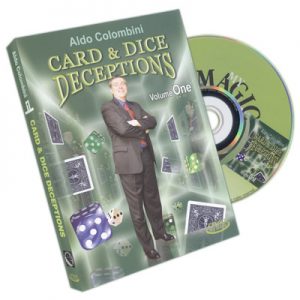 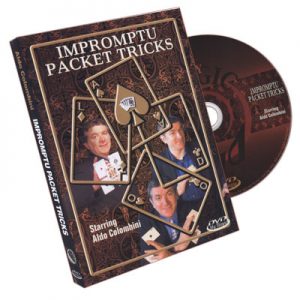 Playing cards and dice are two of the most recognized items that can be used in magic. Everyone knows the properties of both dice and cards as they are universally used in all types games. On this DVD Aldo Colombini has collected some of the best routines that logically combine both regular cards and regular dice to form entertaining magic. Additionally the routines selected are exceptionally easy to learn and most of them will fool you.

The Dark Side (Aldo Colombini): Six cards are placed on the table in a row. A random roll of a die selects one of the cards. The selected card matches your prediction.

Dickie Dai Die 2 (Paul Gordon): Two selected cards are lost in the deck and six cards are dealt on the table. A die is rolled to select one of the six cards. The freely arrived at card is used to find the first selection as the second selection is found by an elimination process.

Die Spell (Aldo Colombini): Four cards are displayed and one is selected using a roll of a die. Upon turning over the cards it is seen that the selection had been previously predicted.