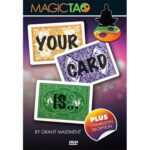 Your Card Is by Grant Maidment and Magic Tao – DVD
$20.00 Add to basket 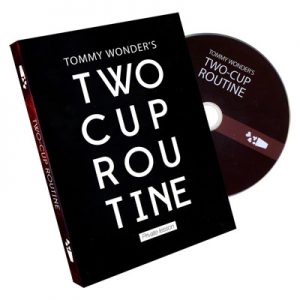 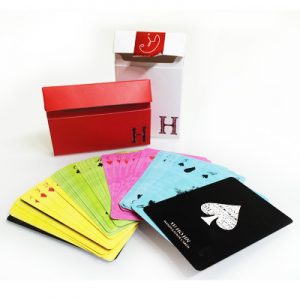 Your Card Is by Grant Maidment and Magic Tao – DVD

You have a card selected, signed, this then gets lost in the pack. You produce a set of four of the same cards i.e. – four Jokers. You show the backs to be all blue. One by one each joker turns face up from face down. You then place the four cards in the spectator’s hand and ask them to wave their other hand over the cards. One card turns face down. You take the remaining three face up Jokers and show that they have now each turned into a different colour back with the words “YOUR CARD IS” and an arrow written on the back of the cards. When the spectator turns the card in their hand, it is their signed card.

Very visual and one you will be adding to your act.

Also comes with a bonus trick ‘Chameleon Deceptions’. A trick where four of the same cards ie. four Jokers turn from face down to face up. Then by waving over the cards, the backs turn into different colours.

You are supplied with all cards needed plus a DVD with full explanations.

Be the first to review “Your Card Is by Grant Maidment and Magic Tao – DVD” Cancel reply
SKU: 54635 Categories: Card Magic and Trick Decks, Close Up Magic, New