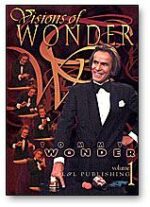 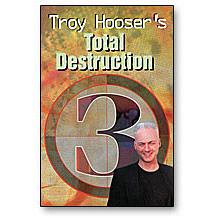 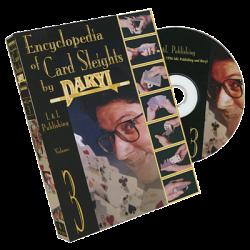 The Ring, the Watch, and the Wallet – Tommy relates how he was recently robbed. He takes off his ring, takes the money from his wallet, and takes the watch off his wrist. He then very cleanly …

The Ring, the Watch, and the Wallet – Tommy relates how he was recently robbed. He takes off his ring, takes the money from his wallet, and takes the watch off his wrist. He then very cleanly puts the items in an envelope and openly tears the envelope to shreds. Tommy instantly holds up his hand and there is the ring back on his finger and the watch on his wrist. He opens up his wallet and there is the money back inside. Truly stunning.

Magic Ranch – Tommy Wonder’s take on a Don Alan classic. A plastic egg suddenly appears on the table in front of the spectator and well away from Tommy. A card is selected and lost in the deck of cards. The plastic egg is opened to reveal a miniature duplicate of the selected card. The audience is further stunned when the deck is shown to contain all duplicates of a different card from that which was selected.

Through the Eye of The Needle – A needle and length of thread are shown. The thread is rolled into a big clump and placed on top of the needle. The thread is then miraculously pulled through the eye of the needle again and again until the entire clump is neatly threaded and snipped off at the top. You’re left with a needle tightly threaded with 20 separate strands and an audience in disbelief!

The Tamed Card – Tommy Wonder’s unbelievable take on the Peter Kane/Frank Garcia Wild Card plot. Tommy has added a fantastic presentation, turning this into an entertaining piece of theater. It requires no table, it resets easily, has magnificent card changes, is extremely practical, and is designed to fool even those who see it over and over again.

Two Cup Routine – Tommy Wonder’s claim to fame, the Cups and Balls routine, has fooled some of the best minds in magic. It’s practical, does not require loading from the pocket, and will amaze your audiences over and over.