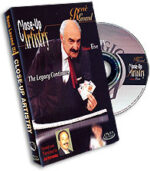 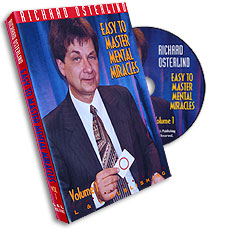 René Lavand is one of the true artists in the world of Close-Up Magic. His presentations and performances have a poetic and artistic quality to them that never fail to earn standing ovations. René Lavand has achieved legendary status and is without a doubt one of the most highly skilled close-up magicians of the past century. His stature is even more amazing if you consider that he accomplishes everything using only one hand. Watching him will inspire you to strive for excellence.

The magic René Lavand performs on these DVDs is both beautiful and poetic. These are more than just tricks, they are multiphase routines accompanied by artistic presentations and wonderful stories. It is impossible to describe the beauty of René’s magic. These routines must be experienced.

The Greek: A spectator selects the four jacks when magically and one at a time each jack turns into a blank on both sides card. Just as magically the cards change back to jacks.