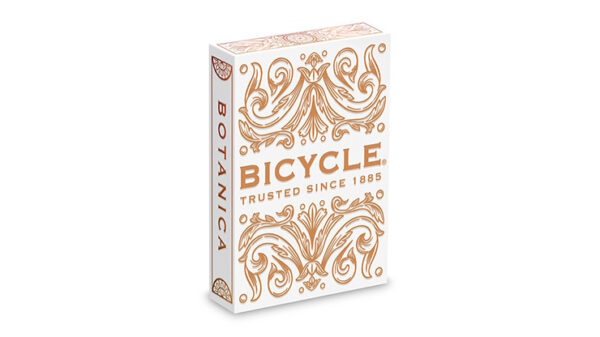 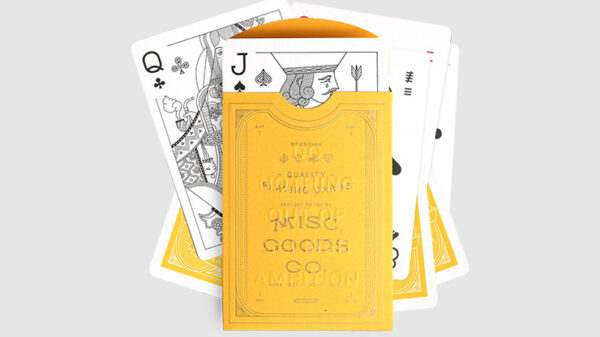 Story
M.C. Escher was a master of impossible geometry, two-dimensional figures that contradict the rules of our physical three-dimensional space. Drawing inspiration from his artistic renderings of the impossible, I created a deck of playing cards based on paradoxical shapes. Now, you can play with Perceptions Playing Cards, filled with elegant illusions and surprising contradictions.

The Design
The deck has an abstract, modern design. Its golden hues and contemporary style give it a clean look. Just like the artwork of M.C. Escher, the cards have an abundance of elements that confuse and intrigue the human mind.

The Court Cards
The court cards are made of shapes that curve, turn, and intersect in impossible ways. Each court card has its own distinct look, from the curvature of the clubs to the diagonals of the diamonds.

The Number Cards
The number cards feature impossible objects in the shape of the suit symbols. The small size of the pips give the cards a clean, sleek look.

The Aces
The aces contain formations of impossible triangles, circles, and rectangles that resemble enlarged versions of their suit symbols. Like with the face cards, the aces are detailed with smaller shapes that give them a more intricate appearance.

The Jokers
Based on one of the most well known impossible objects, the jokers feature a continuous staircase that seems to never end when walking in either direction, from opposite perspectives.

The Back
The back of the cards shows a structure made of intersecting golden beams that fool the eye at every turn. The complex geometry of the formation encapsulates the Escherian style of the deck.

The Tuck Box
The tuck box has an elegant, geometrical design, with a palette of gold atop a deep brown background. It perfectly captures the theme of the deck with a multitude of impossible objects, from the tribar displayed on front to the quadrilaterals shown on its side panels.