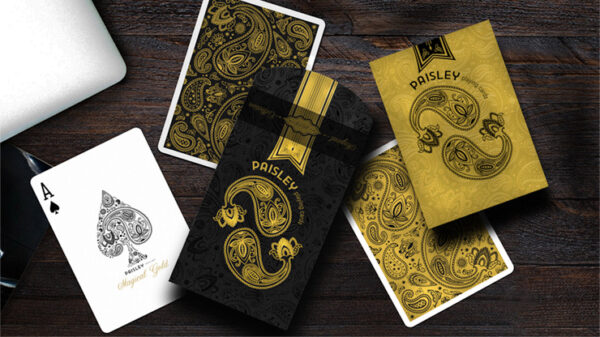 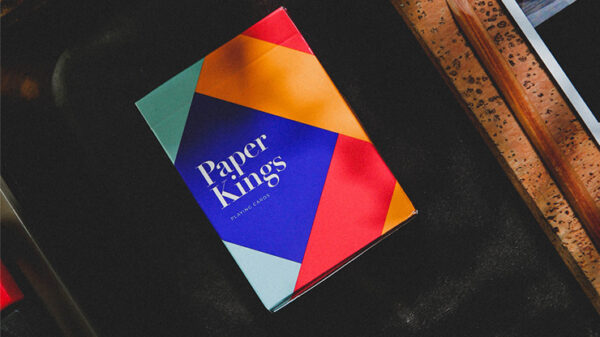 The Paisley Green Metallic Playing Cards is the fifth edition Paisley Playing Cards by the Dutch Card House Company printed by the USPCC. The previous Paisley campaign- Magical Gold Edition proved to be popular, hitting over 300% of the funding goal.

The new edition Paisley is printed with a shiny green metallic ink. Similar to the previous Paisley Metallic editions, the deck will be stunning with the metallic details.

Paisley Playing Cards were developed for the magician, and cardists in mind. Therefore, the Paisley Green Metallic Edition has a classy traditional look to maintain familiarity. However, the design team gave the Jokers and tuck a special Paisley Christmas design update, which makes this deck the ultimate performance deck during the Christmas season.

To help you focus on your performance and impress your spectators, the deck will have the same well-hidden, two-way marking system for suits and value just like their previous Paisley decks.