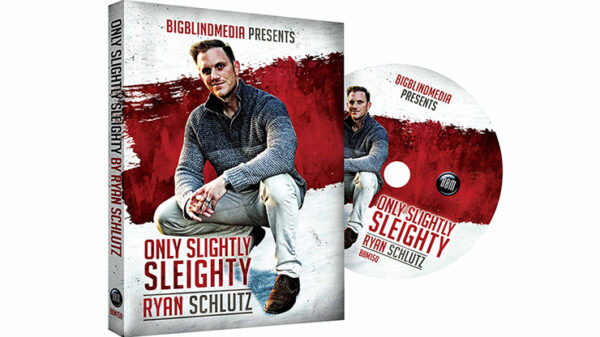 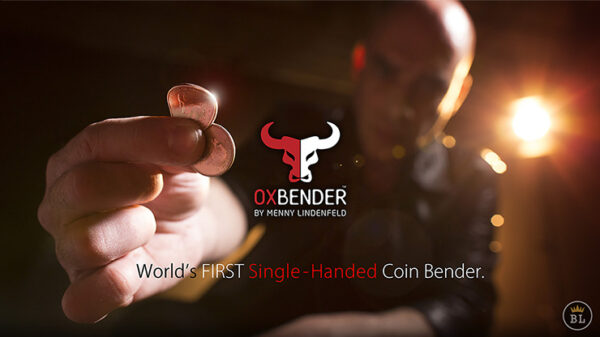 Out of This World by Alan Sands

Perform the classic effect, Out of This World, created by Paul Curry, using a deck of cards shuffled by the volunteer. For those unfamiliar with this effect, spectators guess whether cards from a face-down deck are red or black, and are put in an appropriate pile on the table. The deck is called in this fashion until all cards have been dealt. At the end, miraculously the cards have been separated by piles. Spectators are blown away!

ALSO USE THIS DECK FOR:

Use it to perform an endless variety of tricks, with a shuffled deck that normally takes a set-up to perform, including Ambitious Card, Four Ace tricks, and much more!

If you can handle a “stripper” deck, you can perform every effect listed here! Most 12-year-olds are able to perform these effects with minimal practice (about one hour, including interruptions)!

In the mid-1970’s, George Sands was developing an ESP act. After reading the book Magical Ways & Means, by renowned magician Al Baker, he mastered Baker’s mnemonic approach to memorizing a deck of cards. But this method was a chore to learn, requiring him to remember 52 key words corresponding to each card in a deck. He knew that he needed a simpler approach.

A SIMPLE, NEW METHOD WAS BORN

Instead of memorizing the entire deck of cards, George devised a way to use a “stripper” deck to achieve the same effect. He created an original code to pre-set the deck that was easy to learn and remember. He could then strip the deck and tell each person by “ESP” what cards they were holding. Audiences were dumbfounded!

As George performed this new method and perfected the code, he found that the set-up was vulnerable; if one card was reversed in the deck (usually as the volunteer shuffled) or the cards were dropped or fumbled, the entire set-up was destroyed. A better solution was needed.

After months of experimentation, George developed a unique approach using symmetrical “belly stripper” cards that was simple and foolproof; no matter how a volunteer shuffled or even dropped the cards, the set-up remained intact. Then, at a machine shop, George had custom dies made to produce his “belly stripper” cards. He personally supervised each custom deck cut to perfection.

Today, the second generation of these cards are now hand-cut, one card at a time, with a $4,000 paper cutter.

This routine is so powerful that you will use it to end your show and leave everyone convinced that you really DO read minds!

One pre-sorted deck to perform Paul Curry’s Out of this World. You also get printed instructions for how to use the decks and perform the effects, and a DVD. The instructions are also available on Vimeo if the DVD ever stops playing.

WHAT ARE “BELLY STRIPPERS?”

In a standard “stripper” deck, the entire deck has been custom-cut so that one end is slightly wider than the other. If you rotate one of the cards and replace it back into the deck, one end of the card you reversed will stick out wider than the others. By running your fingers along the edges of the cards, you can easily locate and slide this wider card out of the deck. “Belly strippers” are similar, but not all the cards are cut the same way.

With a “belly stripper” deck, one half of the deck is cut with a thin waist; the middle is shaved slightly thinner (concave). The other half of the deck is shaved in the opposite manner at all four corners (convex). Cut this way, no matter how the deck is handled – shuffled, reversed, with cards turned face up or down or the deck dropped and scattered – when you lift the deck you can easily strip the cards into two packets and they will always separate into the same two packets.

These cards are precision die-cut from authentic quality Bicycle decks of cards.

Why have so many of George Sands’s methods become classics? The answer is “simplicity.” Most of his inventions and routines (with a few exceptions among earlier work) are impressive with little skill or practice, they have a low failure rate, and require no complex set-ups. This is what makes magic created by George Sands so spectacular and popular.

Be the first to review “Out of This World by Alan Sands” Cancel reply
SKU: 59583 Categories: Card Magic and Trick Decks, Close Up Magic, New