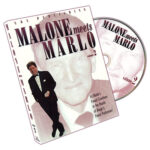 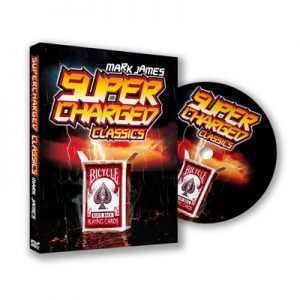 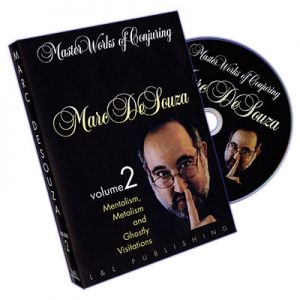 Welcome to the wonderful card magic of Ed Marlo!

Ed Marlo, the genius of construction, and the incomparable Bill Malone, the brilliant performer, come together in this landmark anthology, as Bill performs and explains some of Marlo’s finest contributions to card magic, compiled by Bill from Ed’s writings and their personal sessions!

Join Bill as he guides you step by step through what will undoubtedly become the greatest and best collection of Marlo material…ever. “I’m very excited about this project and I’m sure Ed would have been as well!”
– Muriel Marlo

Spectator Cuts and Counts Down to the Aces – Watch this one close! You will use this!

One-Hand Control – Aces are lost and found using only one hand! Bill’s handling of this hidden gem from The Cardician.

One Shuffle Eddie – Eddie at his best! Four Aces instantly reverse themselves throughout the deck with one shuffle!

Casino Countdown – An apparent mistake turns into a hard-to-believe success!

A Twick as Lovely as a Twee – An idea you probably didn’t know was Marlo’s! Don Alan liked it so much, he put it in his act!

Elevator Passengers / Penetration – Cards travel up and down through the deck like passengers on an elevator!

Touch Turn Poker – Four Aces magically reverse themselves one at a time then suddenly transform into a Royal Flush!

Marlo on the Memorized Deck, Part One – Idea 1

The Vanishing Card – A selected card instantly vanishes from the deck and ends up under the spectator-she is sitting on it!

Miracle Ace Cutting – This one is impressive card control! An absolute brilliant classic from Mr. Marlo.