View basket “Art of Astonishment Volume 3 by Paul Harris – Book” has been added to your basket.
Checkout View Cart 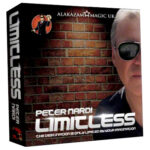 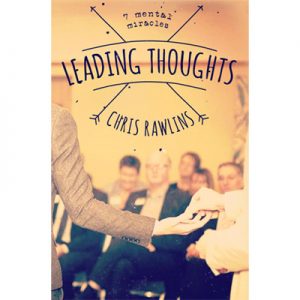 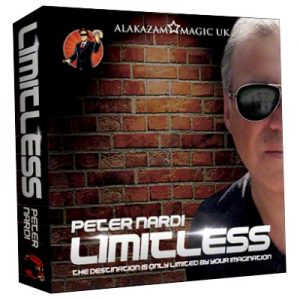 Limitless (3 of Clubs) DVD and Gimmicks by Peter Nardi – DVD

“For years I have been playing with ways to psychologically implant a card in my spectators mind. I now believe I have created the perfect method”
– Peter Nardi

Limitless allows you to do just that, and the best bit? Your spectator will believe they had a totally free choice.

Limitless gives you the power to perform routines with a mentally selected card that appear absolutely impossible.

I designed limitless to be my secret weapon. The routines I have developed cover every aspect of my performances from close up magic and Mentalism to stage.

With Limitless your spectator is asked to think of a card as you riffle through the deck, that thought of card can now instantly vanish from the deck and appear in your wallet, a bottle, behind a window, have a different colour back. The possibilities are truly LIMITLESS!

Limitless has been custom design and printed by the USPCC (and printed on premium Phoenix card stock) to ensure the quality, feel and handling of the deck is second to none.

Your Limitless pack will come with everything you need to get you going, including the Limitless deck, training DVD and some extra bonus cards. Not only that but you will also receive a special registration code which will grant you access to bonus training footage, covering up-to-date handling tips and some killer new routines.

Thought Of Card At Any Number!
Spectator one thinks of a card from a deck. Spectator 2 counts down to any number using a second deck. This could quite possibly be the cleanest looking Card at any number out there!

Dead Man’s Hand “The Story Of Jack Brown”
Your spectator somehow divines the dying thoughts of Jack Brown, the notorious wildwest gunslinger, who was shot dead at the poker table

Blank Canvas
A Pseudo hypnosis routine perfect for a mix and mingle/walk-around situation.

Unconscious Mind
A hard-hitting, Brainwave style effect, with a super slick premise that really hits them between the eyes.

A Word In Thousands
One spectator thinks of a card from a deck the other a word in a book. Impossible as it may seem you have correctly predicted both way ahead of time!

Coincidence
This is a super commercial routine, which packs a triple kick. This is a serious crowd pleaser

Mystical Creature
The word Joker changes to become the name of a thought of card. (Custom Designed and printed joker also included)

The $3 Scam (Dollar Bill Prediction)
Inspired by Paul Wilson incredible “Predator” effect. A though of card gets revealed. Not only that but the name of the card has been pre written on the backs of the 3 Dollar bills.

Thought As I Think
Dave Loosleys double deck routine where the spectator learns to read your mind!

Photo Finish
A thought of card magically materialises on the face of a previously blank card, while your spectator is holding it. What’s more, the moment is even caught in a photograph taken with your spectators own phone

Location
Correctly tell your spectators the exact location of a card they are only thinking of!

Thought Of Card To Box
Imagine having your spectator think of a card. You instantly spread the deck to show their card has vanished. Not only that but the card has now appeared in a previously empty matchbox

“Control their thoughts and blow their minds. Peter Nardi has done it again…When does this man sleep?!?”
– Luke Dancy

“The title says it all. Limitless is one of the most powerful utility decks I have ever seen, opening up a world of possibilities, limited only by your imagination!”
– John Carey