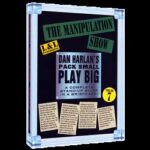 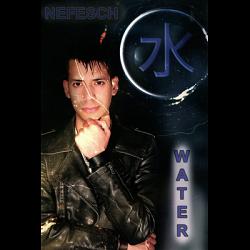 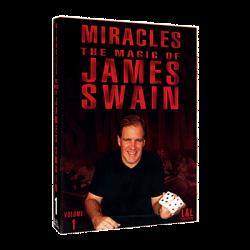 The Manipulation Show that you’ll see on this volume demonstrates how a performer can create the feel of a large stage production and yet fit everything that’s needed for the show in a small briefcase. Though the central theme is material for a semi-silent stage manipulation act, there’s a wide variety of plots and methods in play that will interest magicians of all types.The show begins with Dan performing the Dancing Cane where a walking stick takes on a life of its own, floating in the air and moving, apparently, of its own volition. For the stunning climax, the cane changes color and then instantly becomes two silk handkerchiefs.

Harlan’s attention then turns to the candelabra at center. He touches the first candle and it immediately changes into a white silk handkerchief. Dan removes a second and under cover of a handkerchief, it completely vanishes. Covering the last candle, a blue handkerchief is shown and then vanished. The cover is removed and the blue handkerchief is found to be tied around the candle. To finish the routine, Harlan removes the final candle and vanishes it just a few feet away from the amazed spectators.

The finale for the first part of the act are the classic Billiard Balls where solid red balls vanish, reappear, and multiply in a variety of startling ways.

A routine called “Tight Rope” begins the next trio of effects. A length of rope is displayed and a spectator is enlisted to help. In a series of confounding occurrences, she apparently plucks off the ends of the rope, leaving Dan with an endless circle of rope. The ends are restored and a second spectator is asked to assist. After the rope is magically cut using just the spectator’s finger, the two ends are tied in a large knot and the rope is held at its ends by the two assistants. Harlan then slides the knot, eventually untying it to show that the cut has apparently moved magically to a different location.

Next is a piece Dan calls “Silken Dream,” where a surprising number of silks in a rainbow of colors are produced from just a single one. Harlan then moves to the first effect in the show where the audience actually hears him speak, a piece called “Ouch.” Instead of thimbles, Harlan displays a finger bandage which proceeds to invisibly jump back and forth between the tips of his index fingers. After the bandage vanishes a final time, Dan displays his left hand to show that each finger now has a bandage at its tip.

The last section consists of three magical classics. The first is an elegant and enchanting three-ring Linking Ring routine, followed by an interlude with the Zombie floating ball, and then the finale – a large Blendo apparently created from the silks produced during “Silken Dream.”

Enjoy the show, then prepare to learn the secrets of a master as every nuance is revealed. Soon, you too will Pack Small, and Play Big!