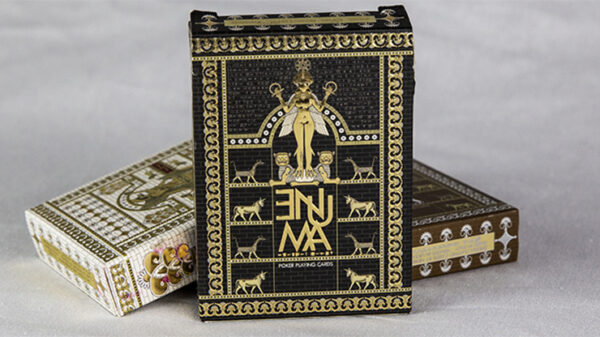 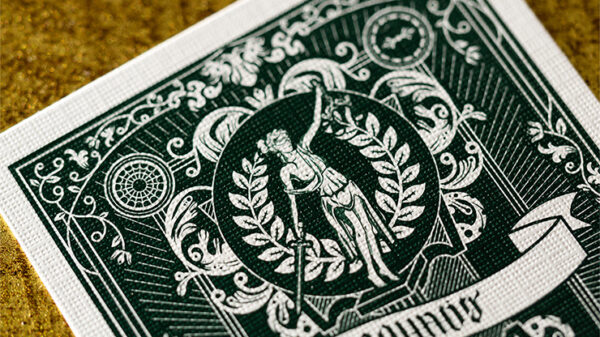 The deck is printed with metallic silver inks on the front and back of the cards. The tuckbox has some elements in embossing and silver foil — the internal portion is printed in silver foil. The deck represents Gods and Deities of the Elder Gods of Babylon. The main character of the trilogy, MARDUK, is represented with his stronger esoteric seal on the King of Spades card. The first seal of Calling “The Crown of Anu” is presented on the King of Clubs, the second seal of Calling “The Copper/Dagger of Inanna” is present on the Queen of Hearts. The last seal, “The Frontlet of Calling,” is presented on the Jokers. All the cards have one of the 50 powers of Marduk seals represented in the top right corner. There are 2 bonus cards representing The Battle in Babylon printed in silver metallic inks.