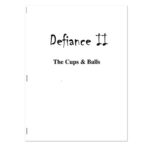 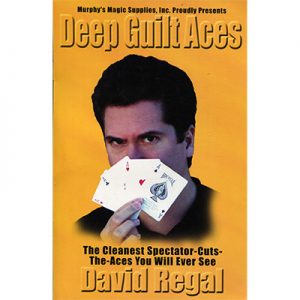 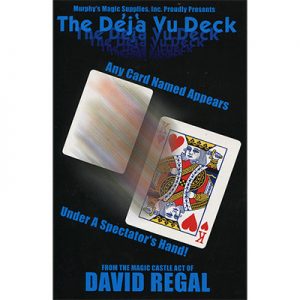 This is the second in a series of classic routines that Reed McClintock uses in the real world. If you are familiar with Mr. McClintock’s “The McClintock Twist”, the “Knuckle Busters” series on coin magic, or any of his videos or DVDs, you already know his through process regarding magic is truly outside the box.

In “Defiance II”, you will once again take a walk into Reed’s mind to see how he has broken down the elements of a classic routine, souped it back up, and yet still simplified it so even the earliest beginner can perform it. The seasoned professional will appreciate its impact.

Effect: Three cups are shown, along with a wand. Suddenly, a ball appears at the fingertips. The balls vanishes as quickly as it appeared, only to end up under an untouched cup. The actions are repeated two times, with a ball appearing under each of the three cups. The balls vanish once again, appearing under the cups once more. The performer offers to do it with two balls and one cup, which covers the third ball. The two balls vanish from the hand. The spectator lifts their cup to show three balls. The balls are vanished once again. All three cups are lifted, revealing the final loads.

The knowledge applied in this routine can be used in all aspects of the magic you perform. It is a true reputation maker.