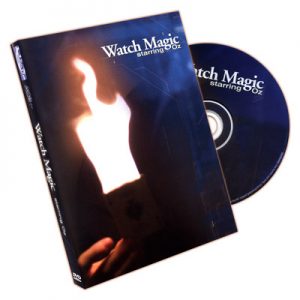 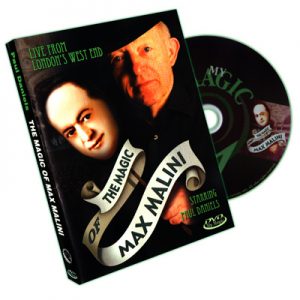 Paul Daniels is one of the most successful magicians of the 20th century. He made worldwide headlines with his top rated television shows, extensive live performances and the fortune he acquired through magic.

After many years as a television celebrity, Paul created an autobiographical touring show that featured his favorite magic combined with question and answer sessions with the audience. In 2003 he took the show to the Edinburgh Fringe Festival garnering rave reviews. This DVD captures that show giving you a chance to see Paul in his element interacting with the live audience, discussing his career and performing his best-known routines.

The magic starts with Paul’s famed Cup & Ball routine, by far the best in the business. You’ll also see the hysterical Tissues & Chairs routine he is widely known for and the borrowed bill that ends up inside a walnut found in an egg that was inside a lemon. Along the way Paul entertains with his humor, reminiscences, adlibs, gags, street scenes and lots of magic.

Be the first to review “An Audience With Paul Daniels by Paul Daniels – DVD” Cancel reply
SKU: 42513 Categories: New, Theory, History and Business