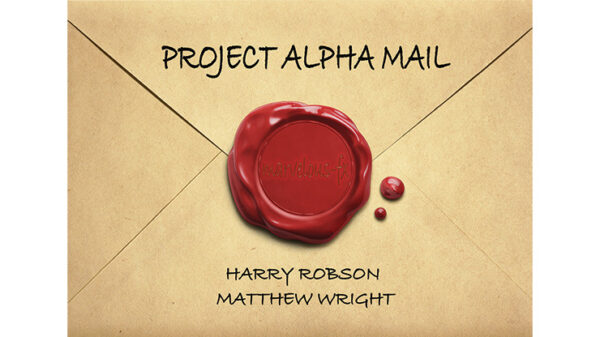 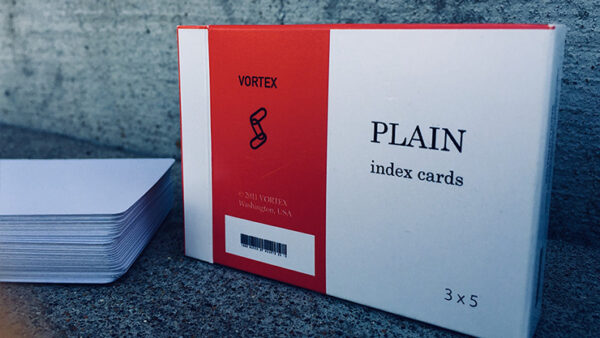 Vanishing Inc. and theory11 are proud to present their first collaboration – The AmazeBox Kraft by Mark Shortland.

The AmazeBox was already regarded as the finest stage switching device ever devised, but now it has gotten even better!

Made of thick, brown Kraft card, the AmazeBox Kraft now looks like regular cardboard box – it doesn’t look like a prop at all! Your spectators can drop in their thoughts, ideas or questions and you can switch them ALL out in less than a second. Better still, the box is designed to allow a spectator to open it!

The AmazeBox Kraft allows you to switch up to 200 small, folded pieces of paper for your own pre-written papers… without EVER touching the box. For example, during your intermission you can invite everyone at your show to think of their favorite film, write it down, and drop it into the “simple” cardboard box onstage. YOU NEVER GO NEAR IT. When you return to the stage, you can invite any spectator onstage to open the box, reach inside, and pull out any paper at random. Voila! You’ve just executed the cleanest, most direct force we’ve ever encountered, all thanks to AmazeBox Kraft!

There are THREE notable design improvements to get excited about:

1. It packs smaller than previous models, and still packs totally flat. It comes in a gorgeous carrying envelope that was printed on an old-style press.

2. The magnetic locking system and metal reinforcements come already installed which means it will only take you four seconds to assemble when you arrive at your gig!

3. Stronger materials. This cardboard is long-lasting and durable. Unlike corrugated card (of which previous models were made), the AmazeBox Kraft will not buckle or damage, making it perfect for travelling!

In a brand new instructional video, you will learn how to use the box and also some amazing routines that are perfect for this box. Then the fun begins – you get to come up with your own routines for this incredible utility device!

If you already have an AmazeBox, you know the POWER of this prop, and you can see the advantages of AmazeBox Kraft. If you’ve never experimented with AmazeBox before, AmazeBox Kraft is the PERFECT entry model to add to your next parlor or stage performance.